Are your kids anxious? Do they have anxiety? Or are you like me and have kids that aren’t diagnosed with anything, but clearly become anxious when dealing with tough situations. All kids struggle with anxious moments even if they don’t have anxiety. All kids will benefit from these tools to help them deal with tough social situations.

We do not deal with anxiety daily, so we don’t preemptively have to account for it or prepare for it or have a backup plan when it hits unexpectedly.

But then football happened.

My very non-competitive, not combative, non-confrontational son started spending time with friends who are extremely athletic. And so to spend time with them, he started to play football with them after school.

And when I say he “plays football,” I really mean he runs around, jumps up and down, and tries with all his heart to look like he’s playing.

But he looks like he’s part of the gang. And it’s important to him to be part of this boys’ club.

And that was all fine. Until one day, I saw him slink away from the game, his head down, towards the playground.

And I knew something big had happened.

When I finally caught up with him, he was sitting with his knees tucked under his chest, at the top of the jungle gym. He was shaking with anger, but he just didn’t know how to deal with whatever had  just happened.

So he shut down. He emotionally retreated. He turned inwards. 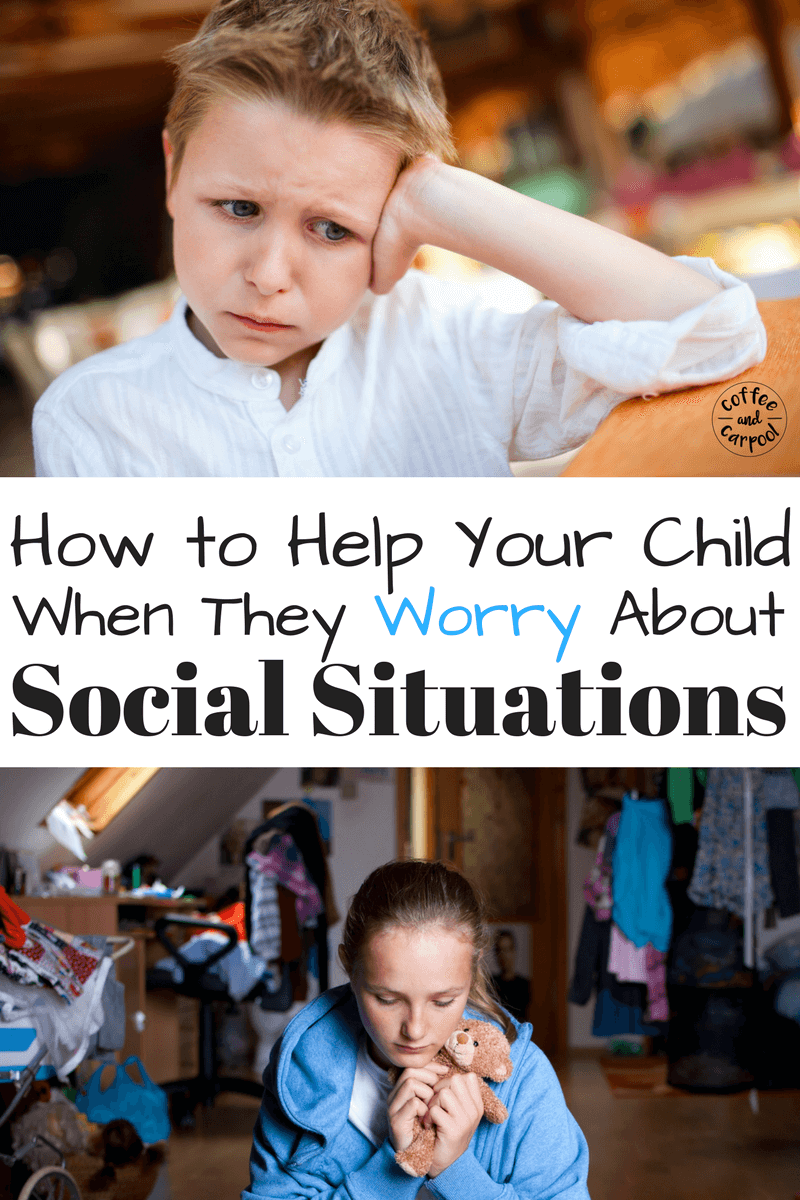 How do you help your kids when they have big worries and big emotions over tough social situations?

My son had such big emotions and he just didn’t know what to do. He couldn’t even form the words needed to explain what happened.

I finally got him down from the top of the jungle gym and told him that when he was ready to talk to me, I would be ready to help him.

I got the story in pieces over the course of the next ten minutes. He just blurted it out in bits.

My son didn’t want to talk about it…but John* was the biggest jerk.

He wasn’t ready to talk… but John said the meanest things ever.

No he wasn’t going to tell me… but he wished John would just move away and never be at the same school ever again.

No, he didn’t want to explain what John said…but he wanted to punch John in the face.

This kid is my Ferdinand the Bull. Whatever John said pushed my son so over the top into the realm of out of control anger, that my son wanted to hurt John.

This is so far out of character for my son that I really started to worry.

When we got home, my son crawled onto the couch, tucked back into the fetal position again, and put a pillow over his head.

He was hiding. Figuratively, yes. But emotionally hiding as well. 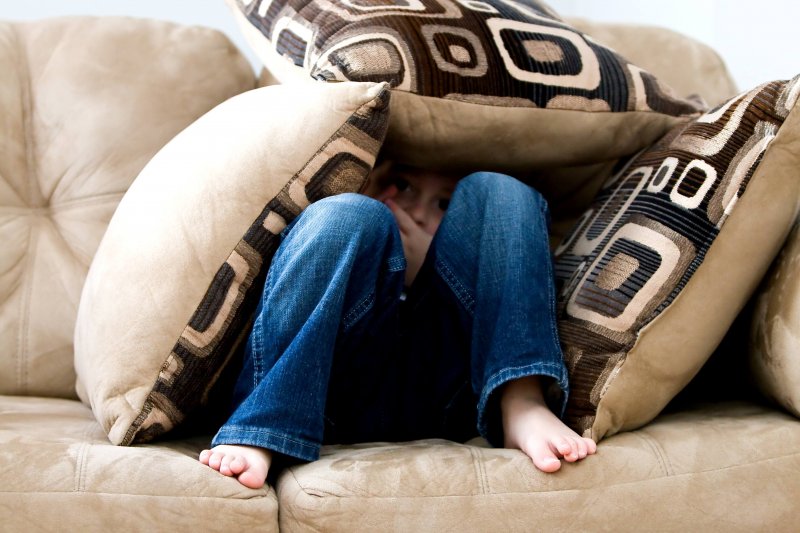 This was his coping mechanism when he was four and in a really rough preschool situation. He would hide under the table when he couldn’t deal with his big emotions.

He finally grew out of those behaviors through a lot of work and patience and practice using his words to talk about how he was feeling.

He wasn’t on the floor, but honestly, this wasn’t much of an improvement from his four year old coping mechanism.

I slid onto the couch next to him and just sat there, being near him.

Slowly, the pillow slid off his head.

I could tell by his face and his breathing that the anger was starting to subside, but the hurt was still there.

I could see the sadness in his eyes.

John had said some pretty rotten things. John was probably overcompensating for his own issues and decided to take some stuff out on my son. He said my son sucked at football, was the worst at football, and shouldn’t even be playing with them.

Most of which—honestly—is true. My son does suck at football. He probably was the worst one out there.

Because my son had never played football before.

But hearing it from his peer was devastating. It was heart breaking.

And my son just didn’t have the tools he needed to handle this. It was too big for him. It was too overwhelming for him.

My son doesn’t have anxiety, but clearly, this was an anxious moment.

How do you help your child when they worry and have big emotions during tough social situations?

So we validated my son’s feelings. We reminded him it’s okay to be mad at John.  It’s okay to have these big emotions where you feel kind of out of control.

And then, after he calmed down, we reminded our son that he has two choices. He can avoid John and the football game and play something else after school.

And then it got me to realizing: Even though my son isn’t diagnosed with anxiety or worrying issues, he clearly has anxiety during tough situations.

All kids have a hard time working through tough situations because it’s their first time navigating these social situations that are often too difficult for even adults to handle.

Hiding in the fetal position under a pillow is one response, but it’s not the healthiest response. If my son had better strategies, he would be able to deal with John and John’s meanness in a way that didn’t feel so overwhelming.

We need to explicitly teach our kids how to handle anxious moments with calm down tools.

But how do we teach our kids how to deal with big emotions and scary social situations? How do we prep them for handling life’s tougher moments?

Cue Calming the Chaos and the Behavior Workshop.

My good friend, Dayna has developed the most amazing FREE four part Behavior Workshop Course that step by step helps parents and educators walk children through their big emotions and their big worries.

Dayna’s workshop helps kids of varying levels of anxiety and worries…from those who are clinically diagnosed to having anxiety to kids like my son who aren’t diagnosed with anything, but clearly need tools to handle their anger and frustration and grief.

This workshop will walk you through changing our mindset and realizing that all behavior is communication. My son slinking off the field with his head down was him communicating to me that something was wrong. Hiding was his way of “telling” me that he wasn’t ready to talk about the situation yet.

The workshop will also focus on tracking your child’s behaviors and then teach you how to look for patterns so you can recognize triggers…for my son, I knew what the trigger was. It was football and John.

But for many kids, the triggers aren’t so obvious. Until you use Dayna’s systematic behavior tracking system.

The workshop will also give you a Family Success Plan with calm down tools that you can try until you find the right ones for your child’s tool box. This way, your child will have a variety of tricks to try when they’re feeling anxious and out of control.

And then Dayna will finish it off with ways to tie it all together and make it work for your family. PLUS, she is giving away printables you can start using now to help your child deal with their big emotions, like this super helpful sheet that keeps going viral.

Sign up for the FREE Behavior Workshop here if you think this could help your family too! The workshop is only open until mid-November and won’t open back up until next Spring!

It has given both my son and I a ton of tools to help him cope with the big emotions that come with navigating tough social situations.

So, in the end, my son decided to keep playing football. He choose football and spending time with his friends over avoiding John.

His scurffules with John probably haven’t ended. My son will be told that he sucks at football again. It’s kind of inevitable.

But this time, he will have the words to deal with it. He will have the tools and techniques to not let the anger boil up until the only calm down tool he has is hiding in the fetal position.

Using the tools from the Behavior Workshop, my son will be able to recognize his big emotions and then choose an action while he is calm and reasonable.

And using these tools will empower my son to take control of his emotions, which is one of the greatest gifts I can give him as he heads into his tween and teenage years.

Now I just need to figure out a way for me to not want to punch John in the face.

*John is obviously not this kid’s name. I would never do that, because I’m not a jerk. Unlike John. 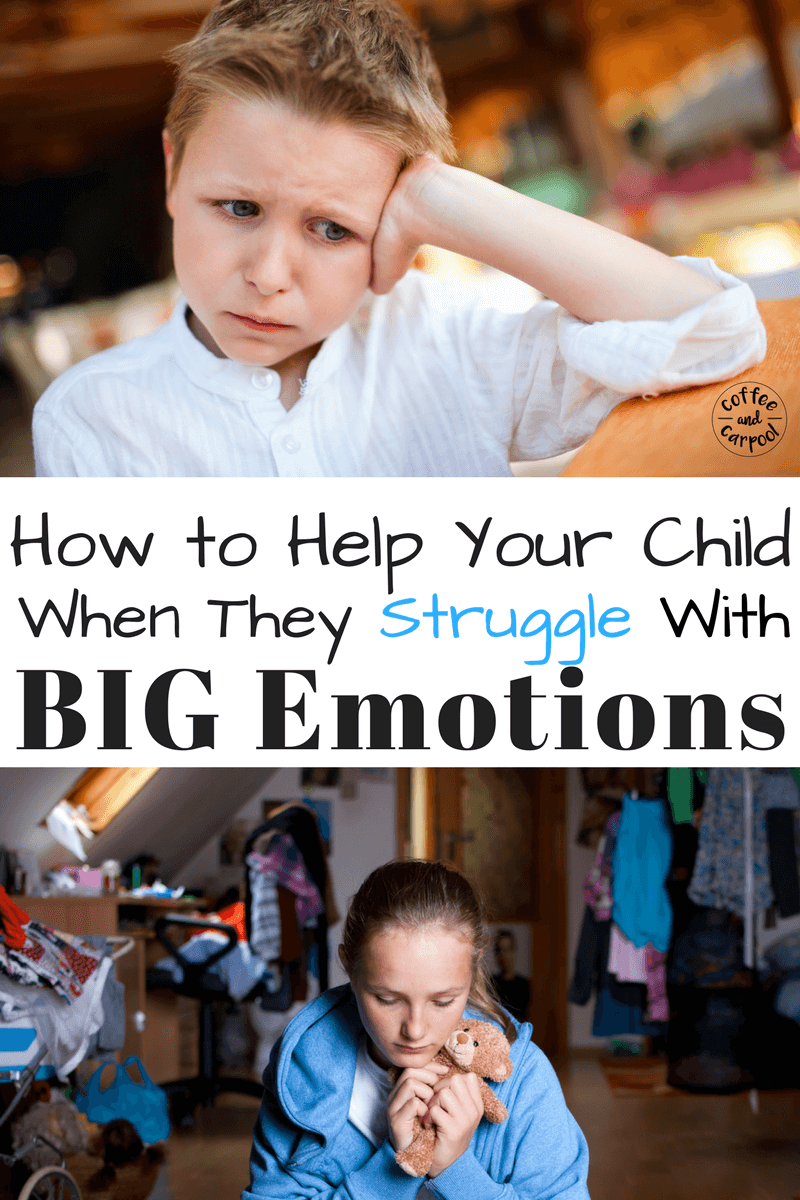 What does your child worry about?

What have you done in the past to help them move past their big worries and big struggles?

If you think your child is worried or has anxiety about bullying, please read this.