Inside: How parents and teachers can teach kids the difference between tattling vs. telling and why they need to know the difference.

When I was young, I worked at a florist for a boss who would often leave me to go to a bar for lunch.

One day as we closed up, she got in her car. But then I remembered she had mentioned to me earlier she was picking up her kids after work.

As we pulled out of the parking lot in separate cars, she started swerving. She went around cars that were stopped to bypass them.

And that’s when I did it.

She was driving under the influence, endangering all of us and was headed to pick up young children to drive them.

Was it the adult version of tattle telling? Was I simply not minding my own business?

No, of course not.

She was putting other people in danger, including young children.

Our young kids face similar kid-version situations where they have to decide if they should tell or if they shouldn’t tell almost daily.

And for them, it feels that intense, that life or death.

But here’s what they have to know first.

There’s a crucial difference between tattling vs. telling.

And our kids have to know it so they stay safe and help keep other kids safe.

And they don’t focus on trying to get people in trouble. 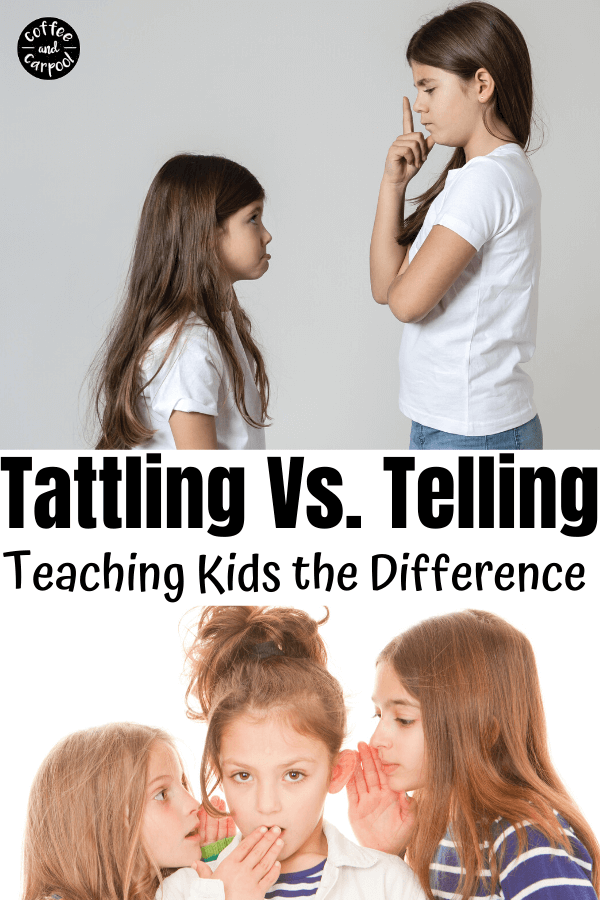 What is the Difference: Tattling vs. Telling?

When my kids were in preschool, the big focus was on right from wrong.

Following directions and rules and not hitting or biting.

But as kids learn right from wrong, they’re also super worried about what everyone else is doing around them.

And they’re super quick to announce when others are doing something wrong.

So a common response teachers and parents often say is, “don’t tattletale.”

But our kids often don’t know the difference between tattling vs. telling.

So we have to help them understand the difference.

When my kids were young, I didn’t want them tattling to me.

I don’t need to know that their brother stuck his tongue out or that Jenny called them a “meanie” or their sister snuck a cookie.

So when my kids come to me ready to report someone’s grievous or annoying behavior, I pause them and ask them two questions to help them decide between tattling vs. telling:

2. Is someone going to get hurt?

If someone is hurt or going to get hurt, that’s telling.

Kids need to come to get an adult if someone is doing something dangerous or needs immediate adult intervention.

But tattling is different. And it has a different motive.

Tattling is about getting someone in trouble. 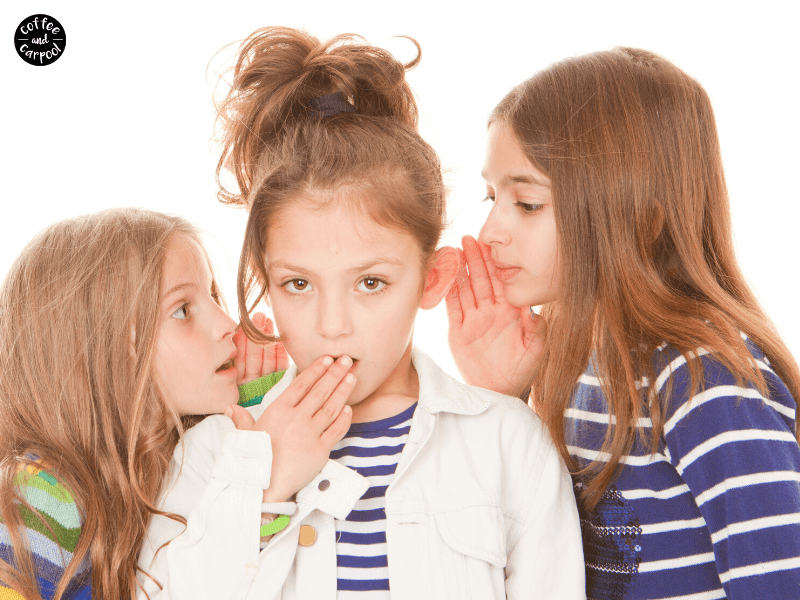 How to help kids not tattle:

In order for our kids to not want to come to us to tattle on their siblings or their friends, we have to teach them when they shouldn’t come to us.

And if we give kids the words and tools they need so they can self-advocate, they will need to come to us even less:

This, of course, takes practice.

We can’t say “use your words.” We have to give them the words to say until they can do it on their own.

And when we empower our kids to stand up for themselves in a respectful and kind, but firm way, they will be able to be more independent in the future.

If we want this to really sink in, we also have to “ignore” the tattle.

If we can’t stop them before they tattle, and the person isn’t about to get hurt but is clearly breaking a rule, we can’t follow through with the normal consequences.

We can’t “reward” the tattling.

We have to instead say, “that’s against our rules. Will you please remind them of that or you can walk away or you can ignore it?”

If we’re building positive sibling relationships, we have to discourage tattling. 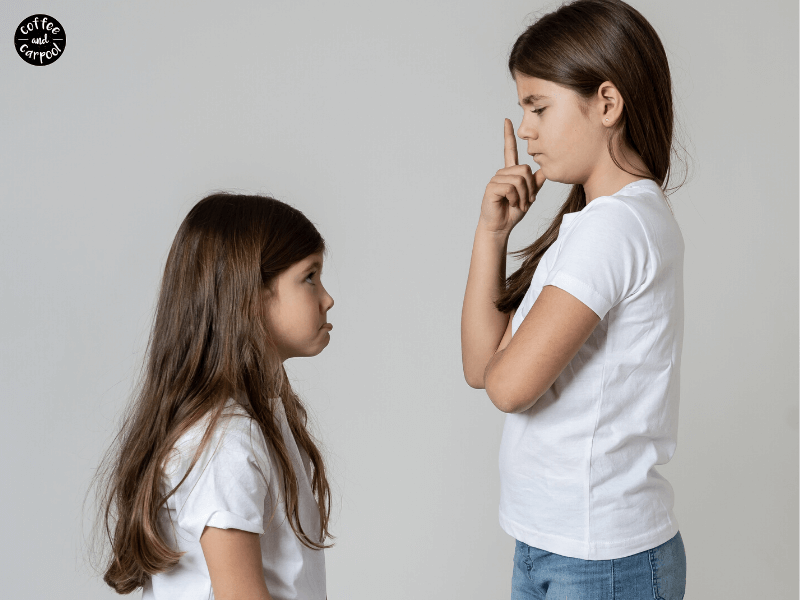 Why we have to let kids tell us things:

We want our kids to come to us.

We want them to know they can tell us anything and we will help them.

We are their safe space.

And we have to teach this to them when the stakes are low…when they’re dealing with stealing toys and knocking over block towers and drawing on the walls.

We have to help them when siblings hit and when playmates are too aggressive or encourage them to do dangerous things.

Because when our kids are older and become tweens and teens and deal with cyberbullying or sexual situations or drugs and alcohol, they have to know we’re still their safe place.

That we will listen to them and help them come up with a solution that makes sense.

They have to know we will listen and help them when they’re in trouble, or when a friend is in trouble. And thank goodness my daughter knew it because she very well saved her friend’s life by knowing the difference between tattling and telling. 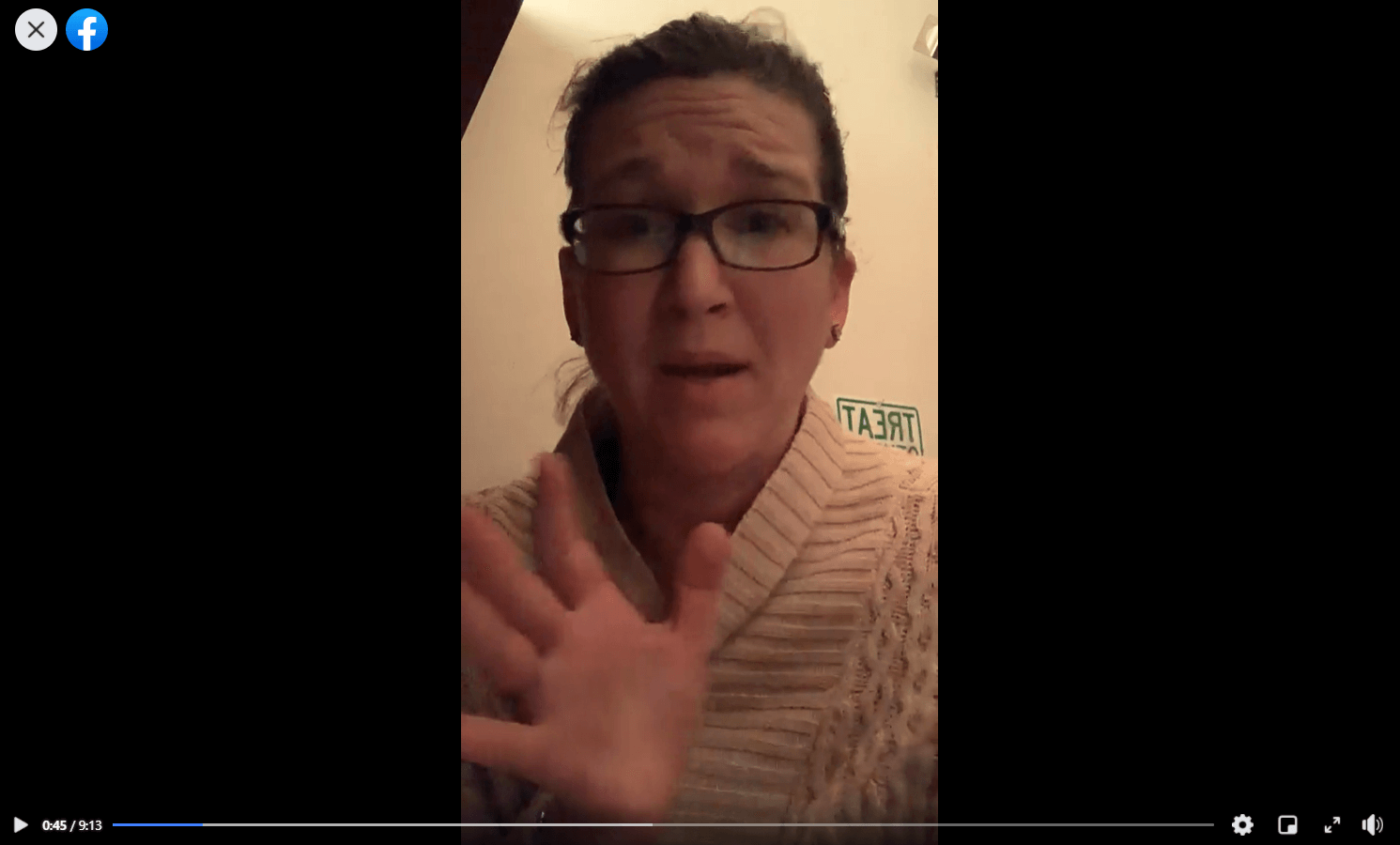 And since our kids will deal with unkind people in the world, we have to give them strategies on how to deal with those kids.

One of the strategies for dealing with unkind kids is to know when to get help when they need it.

And if our kids know how to speak up and stand up for themselves and their friends, and then still need help, they’ll know it’s okay to ask for it.

Because we’ll be there.

And we’ll problem solve and figure out how to stop it, get past it, get over it, or get around it.

As long as they’re not tattling about their brother sticking out his tongue. 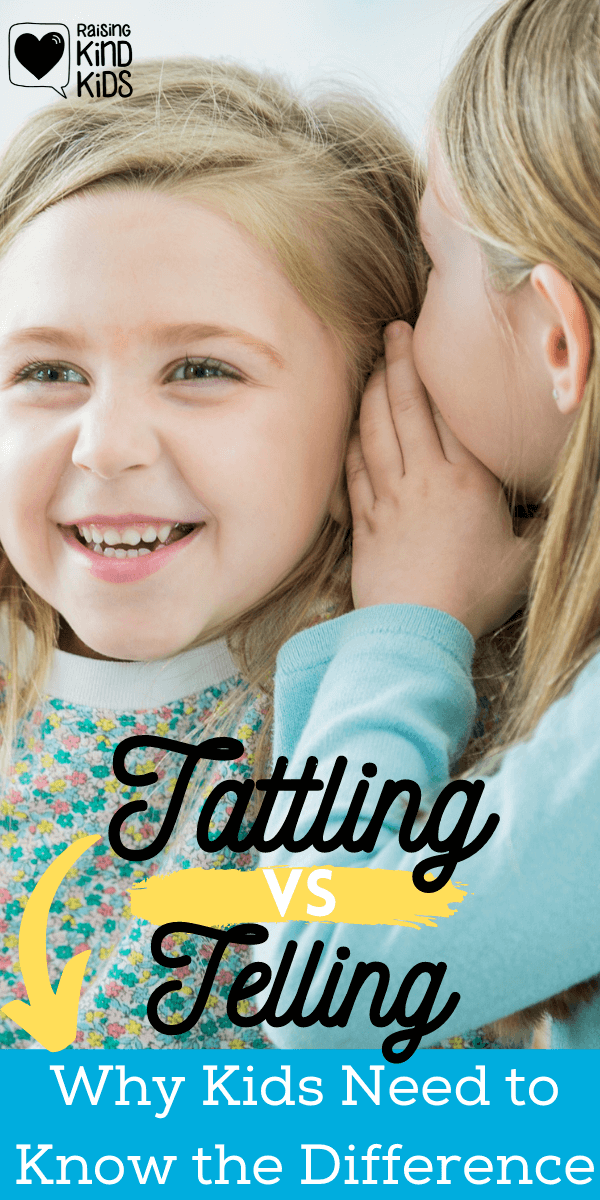 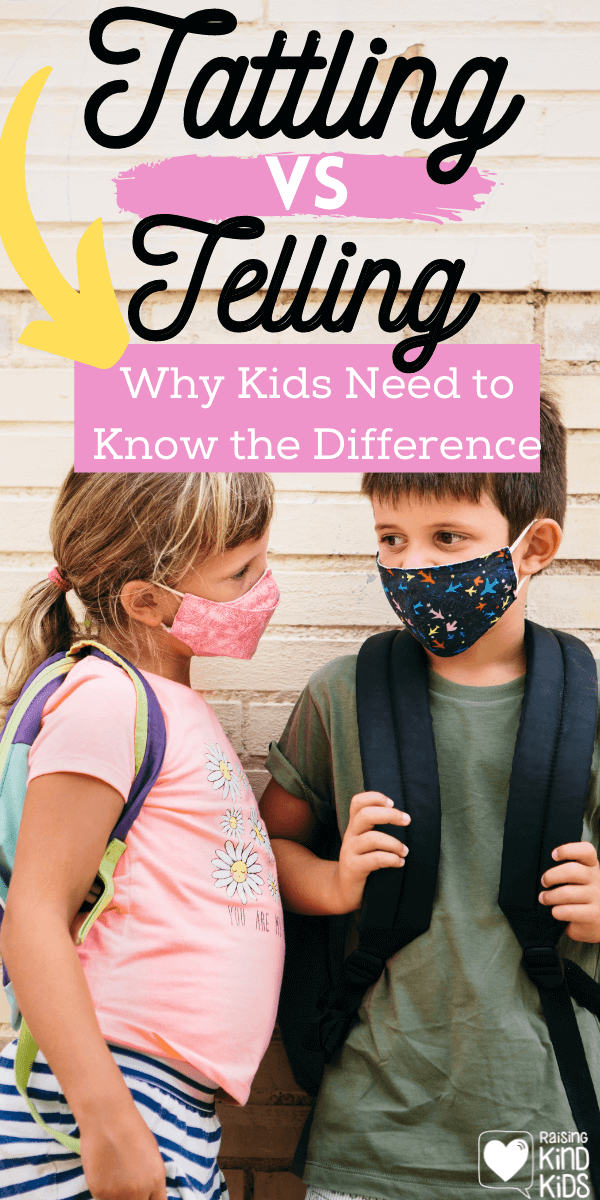 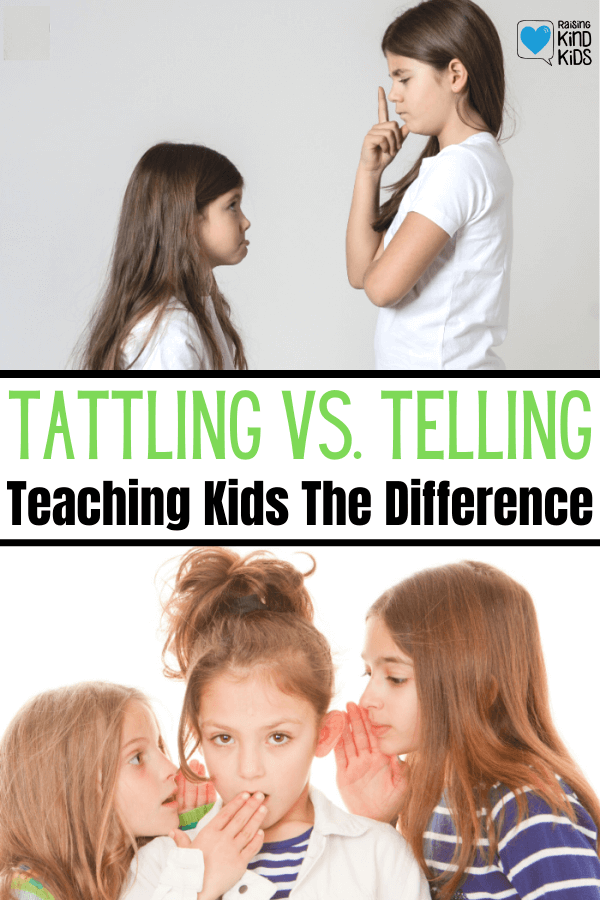 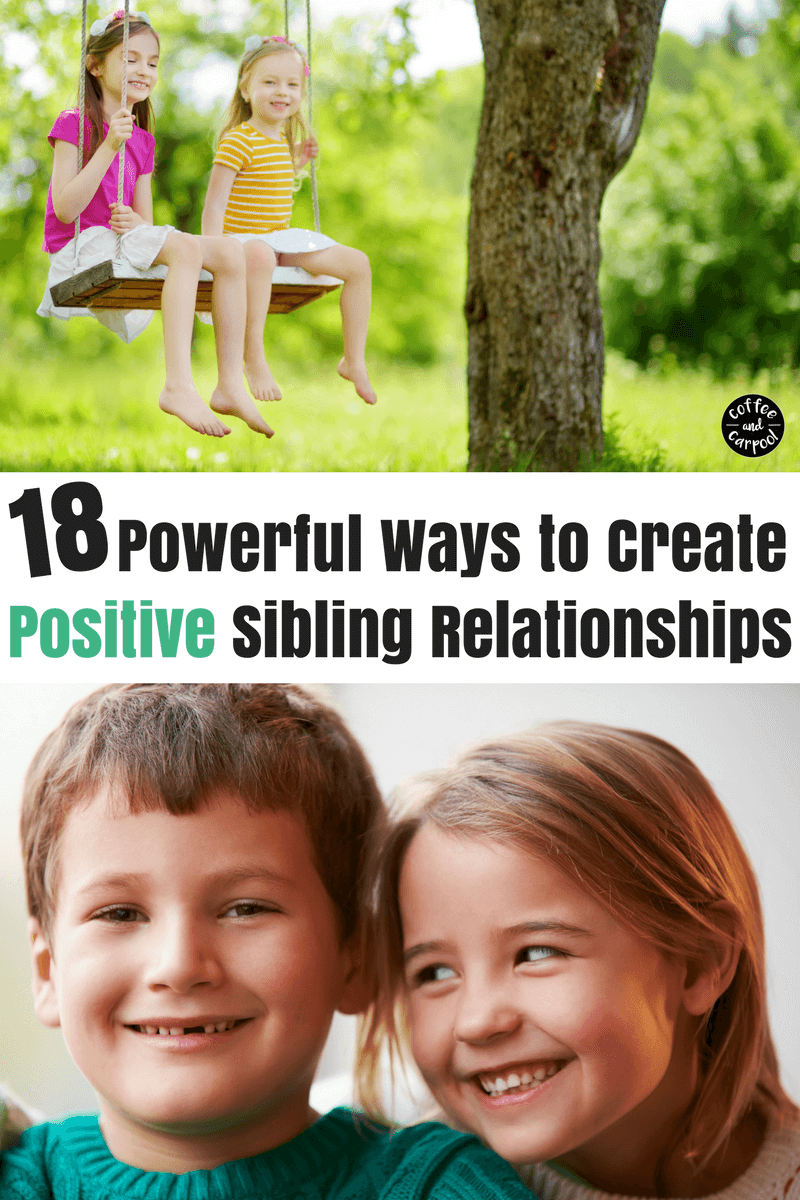