Inside: Parents have to know the true definition of bullying so when our kids are mistreated we have the correct information and know how we can respond and help them properly.

My dear friend’s son came home from camp the other day and announced, “I was bullied today.”

Now there are a lot of ways his mom could have responded.

She could have jumped to the conclusion her son had to be right.

She could have assumed the role of Mama Bear and marched up to the kid and/or his parent to confront them.

She could have also dismissed it as nothing. A ‘kids will be kids’ mindset.

Instead, she did exactly what she should have done.

And she also had to know the true definition of bullying so she would know what to do next.

Because without both pieces of information, she was most likely going to be misinformed. 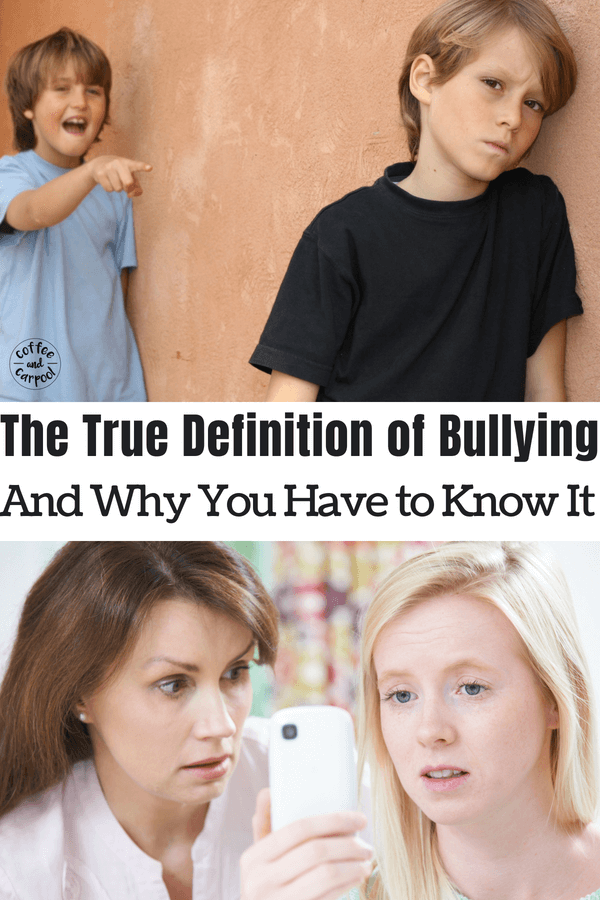 Why it’s crucial parents know the real definition of bullying:

Bullying has become the new trendy buzzword that gets everyone super fired up. Especially us mamas.

We want to protect. We want to shield. And we want the bullying to stop.

Related: Bully-Proof Your Kids By Helping Them Find This One Thing

There are definite cases of bullying on almost every school campus, camp, and playground. And there are also instances where kids are just being mean to each other but it gets incorrectly labeled as bullying.

So before we can call mean actions bullying, we have to first know what bullying really is.

And we have to know what bullying is not.

Because, as another friend pointed out to me, if we call everything bullying, we water it down.

We minimize true bullying experiences when we mislabel other actions as bullying.

And when we cry wolf too many times, when the mean behavior does cross over into bullying behavior, we will have watered down our voices.

Our anti-bullying battle cry won’t be as powerful.

Teachers and administrators may not hear us when we really need them to.

Related: Know your state’s bullying laws (Click on your state)

I stand firmly in the camp of anti-bullying. I believe in kindness. And I believe in bully-proofing our kids.

Maybe it’s because my daughter was bullied heavily in 4th and 5th grade.

So when she first started coming home with stories that sounded an awful lot like bullying behavior, I had to do some research.

Because there is a difference between mean behavior and bullying. And not all mean kids are bullies.

Related: You Can Stop Bullying by Teaching Your Kids This One Thing

I had to figure out where the line was between mean kids and bullying.

And if we know the true definition of bullying, when we go to bat for our kids, when Mama Bear shows up because she has to, she has firm ground under her.

She has the facts.

And she feels confident in knowing what bullying really is.

The definition of bullying:

So what qualifies as bullying?

Listen, kids can be mean and tease and name call. They can be thoughtless and self-involved and not even realize they’re hurting other kids’ feelings.

Kids have arguments and fights and misunderstandings all the time as they try to navigate through our social rules and figure out how to interact with other people.

Bullying is intentional, deliberate, and repeated aggressive actions (which continue after they’ve been asked to stop or they know they’re causing harm) that involve a real or perceived imbalance of power or control (ie. physical strength, popularity, or the knowledge of embarrassing information).

And there are four kinds of bullying that “hurt, harm, or humiliate:”

1. Social or Emotional Bullying-social exclusion from a group on purpose, spreading rumors, telling others not to be friends with someone, intentional isolation/exclusion

2. Verbal Bullying-teasing, taunting, threats to cause harm (written or verbal)

Related: How to Keep Your Kids Safe from Cyberbulling

Bullying becomes illegal harassment when the behavior is targeted toward someone because of their: 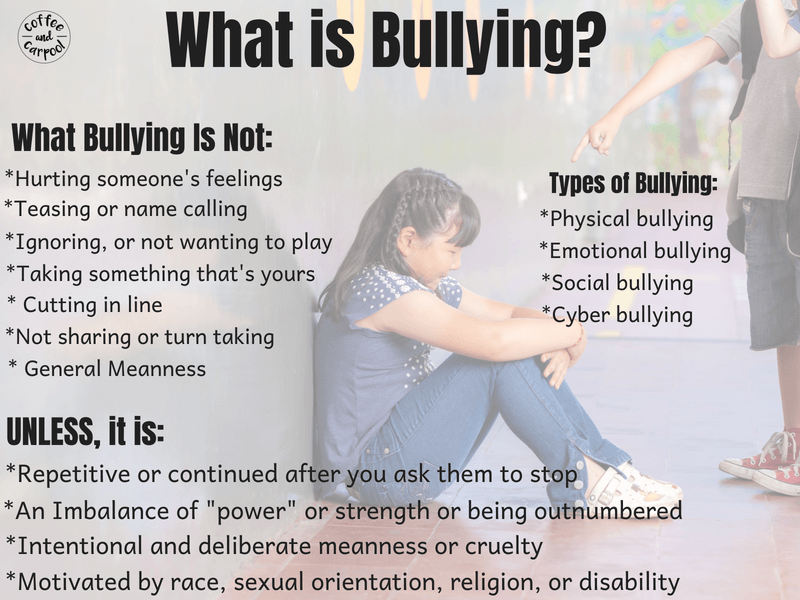 Bullying Case Study…you be the judge:

So my friend’s son, let’s call him M, told his mom his camp story.

A kid who was older and much taller came and took M’s camp supplies that were given to him by the counselor.

So M asked for it back.

The big kid said “no.” The big kid reasoned it was his now because M was too little to use such a big piece of equipment.

M stood up for himself and said, “Give it to me now, it’s mine.” The big kid held his ground and then M’s big brother came and stood up for his brother.

Together-and with a killer “burn” that still makes me want to high five someone-M and his big brother took back the camp supplies.

So…was it bullying? Or just a mean kid?

It was absolutely bullying.

1) It was deliberate.
2) It was repetitive after M asked the big kid to give it back.
3) And it was definitely an imbalance of power because of their size and age difference.

But with some backup and some brotherly support, M got his camp supplies back. He was able to stand up for himself and hold his ground.

Related: How to Help Kids Stand Up to Unkindness, Meanness and Bullying

So the bully lost some of his power that day.

And M got to stand up a little bit taller.

And my friend? She’s one proud Mama Bear.

Want to Bully-Proof Your Kids? Click here to get our ebook: 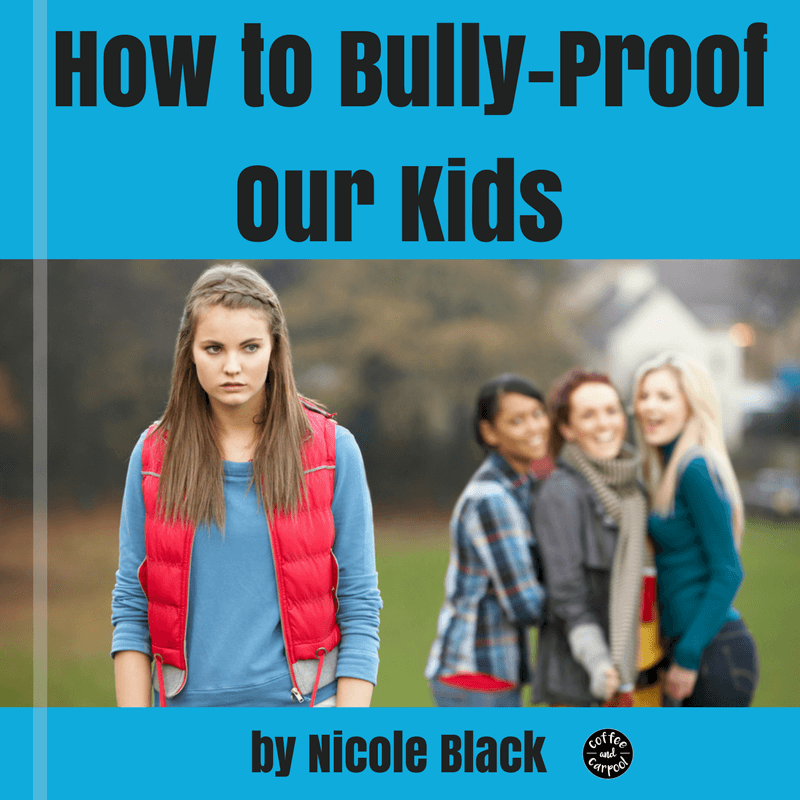 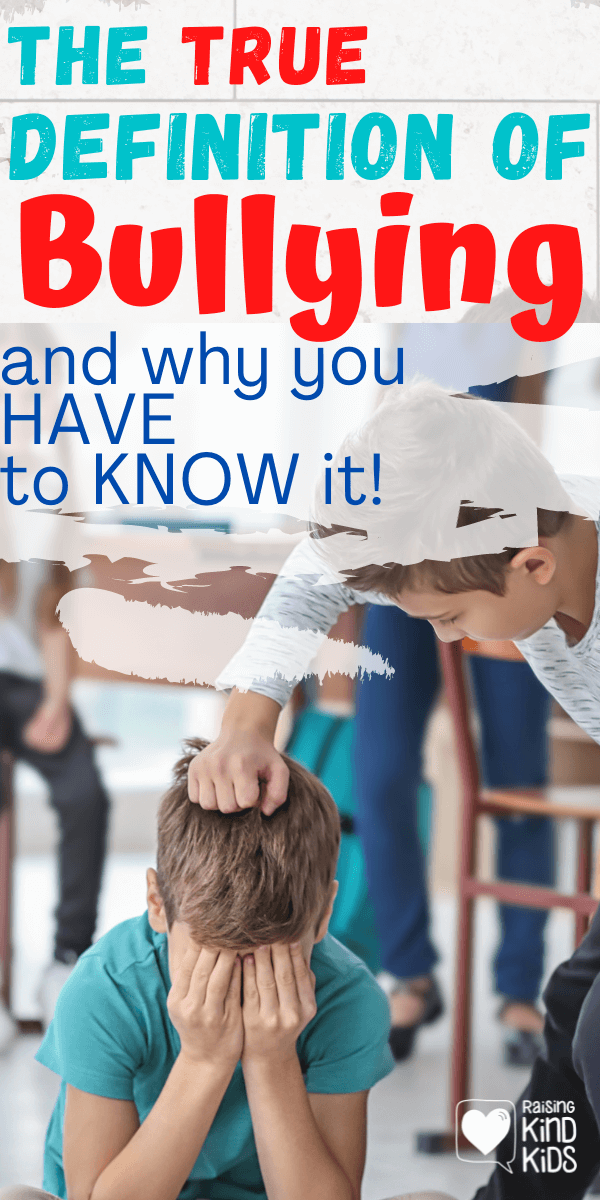 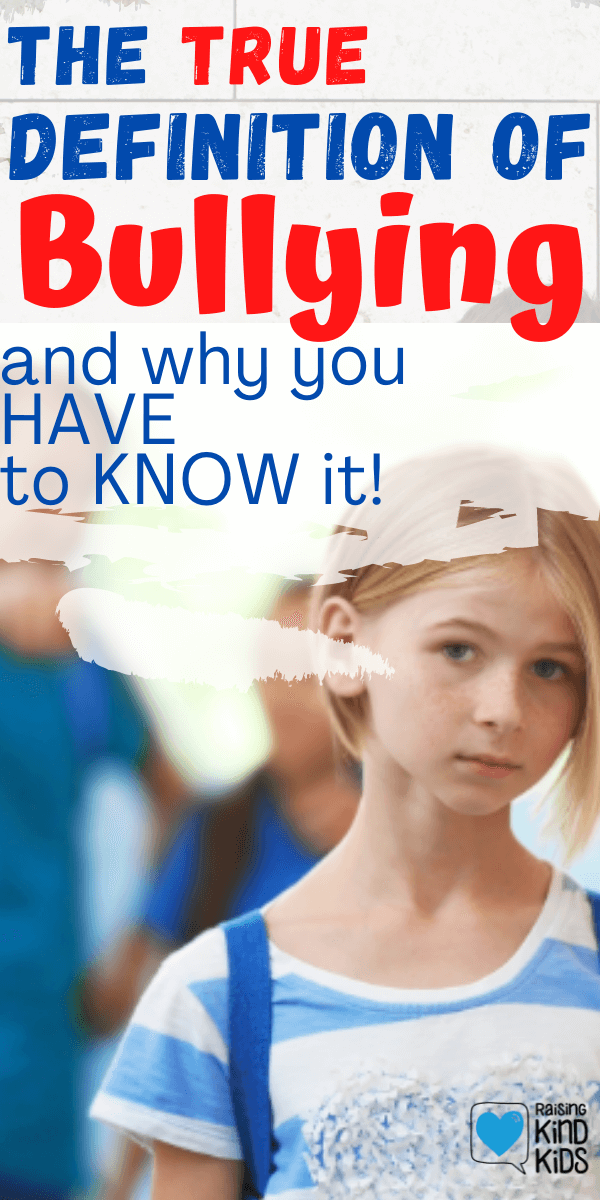 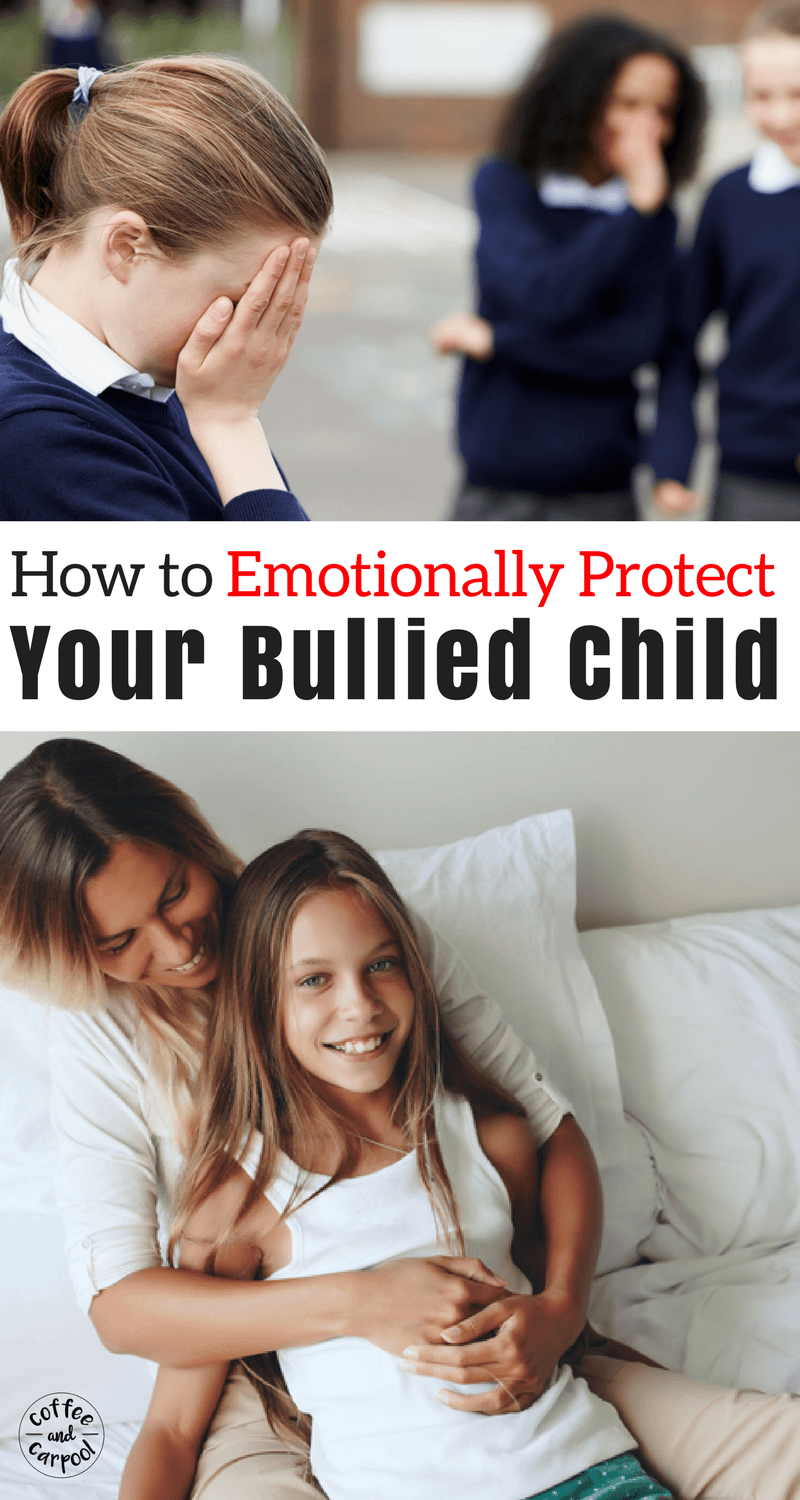